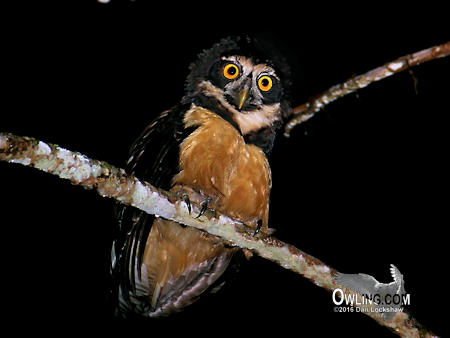 Owling.com is a look at the owls found on the North American continent (Alaska to Panama including the Caribbean). An emphasis is placed on both visual and verbal identification. Many species can only be accurately identified by sound. The site contains photos, sound recordings, text, videos, and range maps to help with the identification of the species.

Owls, as a group of birds are less often known or seen by most people because most of the species are nocturnal. This is further exaggerated by the fact that several of the species are only found in rural or remote regions away from developed areas. On the North American Continent, they vary in size from the Elf Owl, which is slightly larger than a warbler, to the Great Gray Owl, which is almost the size of a Golden Eagle. The owls are the counterpart of the daytime avian predators. If you see hawks in the daytime you can be certain there are owls there at night.

Owls are defined by their call. This is how they find each other and how they evolve into unique species. They are the top avian predators of the night and their calls are critical to their survival. A vivid color might help you find a mate in the day but at night this must be done by sound. Bigger owls will eat smaller ones. Flying in to the wrong sound will get you eaten. Owls of the same species do not have different calls in different areas. At best, those of heavily wooded regions may evolve slightly deeper calls since lower frequency calls travel better through thicker habitats. As an example, studies show Great Gray Owls who inhabit very dense forests have slightly deeper vocalizations than those in sparse forests. 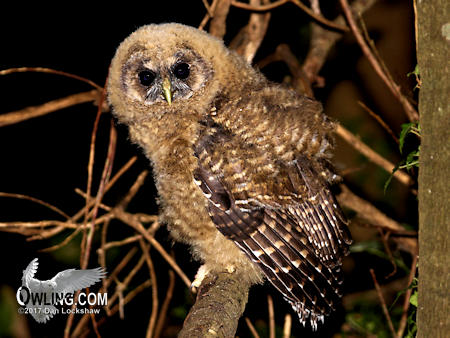 To avoid confusion, we define North America in our text here and on the site as the birdwatchers do, being the Continental US, and Canada. Similarly, we define Central America as Mexico to Panama. Finally, the Caribbean as the islands bordering and in the Caribbean Sea. Below we look at each of these areas and review what is possible and where the owls are found.

In North America, there are 20 regular species of owls. Only five of these are strictly northern species not found in either Central America, or the Caribbean and only one is not found in other places around the world (Northern Pygmy-Owl). Two of these species just barely cross into the US from Mexico: Whiskered Screech-Owl and Ridgway’s (Ferruginous) Pygmy-Owl. There are another three unusual vagrants: Brown Hawk-Owl (Boobook Owl), Oriental Scops-Owl, and Stygian Owl. These owls are also covered on the site. 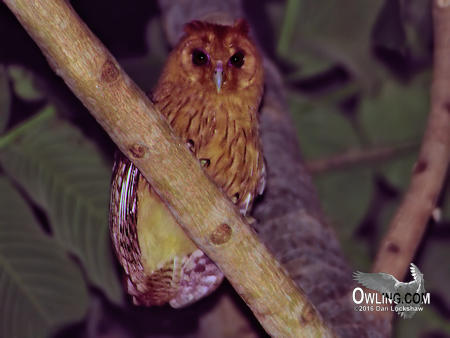 The last area we cover on owling.com is the islands of the Caribbean Sea since they are part of the North American Continent. In actual land mass, the Caribbean is a very small area and much smaller than the other regions we cover. Along with this, the islands are mostly at fairly large distances apart. This leads to a great possibility for nature to evolve unique species. The Caribbean Islands have only eight total species of owls that are regularly found (accidental occurrences not considered) but five of these are endemic: Bare-legged Owl, Cuban Pygmy-Owl, Ashy-faced Owl, Puerto Rican Screech-Owl, and Jamaican Owl. Like Central America, research is sorely needed. This region will certainly see more of the owls being separated into their own owl species as research is done. Multiple Barn Owls, in particular, of this region fit the definitions for unique species status.

Owling, as a term, is the act of going out at night (usually) to look for owls. It is like no other form of bird watching and requires a new, or at least enhanced, set of skills. Owling is typically done at night by sound. The challenge and art of “Owling” first requires knowing the owl sounds and then being able to locate the source. This is complicated by the fact that the calls are often soft, the sounds are difficult to locate, it is usually dark, and the birds are well camouflaged!

Many owlers cup their hands behind their ears to help locate the sound, or hold a small flashlight next to their head at eye level, and pointed the direction they are looking to find the light reflected by the owl’s eyes (eye shine).

It is also often a wise choice to move around to “triangulate” where a sound is coming from (the owls will do this to find you!). Many of the owls can locate small animals by sound alone so being quiet is very important. The owls also have much better night vision than you do. When looking for them at night, stay in the shadows, under the trees, and out of plain view. Ideally, you want to see them before they see you.

Most owls at least respond to recorded or imitated calls, telling you where they are and often fly in to see who you are. For these reasons recorded or imitated owl calls are commonly used to locate owls. Several other recorded or imitated sounds are also used such as hurt rabbit and squeaking (mouse) sounds. The use of recorded calls is a very controversial topic with very strong arguments for and against. This topic is left to the discretion of each individual reader. Owls can be quite territorial and may attack an intruder in their territory. Birders have been attacked while playing or imitating their calls. Certainly, caution is also a key word.

USE COMMON SENSE. We encourage people to go see the owls because we know that if they are unseen they are vulnerable to being destroyed. Be courteous to the other people who are looking at wildlife. The people out enjoying nature are the defenders of it. There are some basic guidelines to watching the owls.

If an owl is on a nest, be considerate. Give them plenty of space. If you are watching or taking photos during the day, remember this is their rest period. If you are watching or taking pictures during the night, remember this is the time the owls feed. Interfering with the owls hunting for any extended period, can potentially damage them. These balances are very fragile. Enjoy nature, be considerate and gently cautious.

Millions of acres of habitat are being destroyed worldwide. There is a limit to this. Expanding populations, changing weather, and loss of habitat threaten our natural world. It is not something we can recover once it is gone.