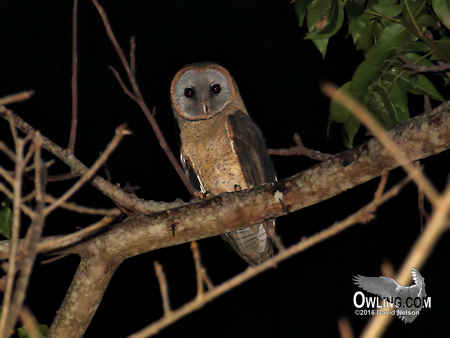 A Reference for Caribbean, North, and Central American Owls

The Ashy-faced Owl is endemic to the island of Hispaniola although is most prevalent and commonly seen on the Dominican Republic side of the island. Since the American Barn owl is also found on Hispaniola but does not cross breed with this owl is further evidence supporting it being considered a unique species. The Ashy-faced Owl has the classic Barn Owl (Tyto) family appearance and was named after its grayish silver face. Here you can find calls, photos, and discussion to help identify this unique species within the Barn Owl family. The field notes section also includes a Caribbean range map and information on nesting, habitat, description and identification. 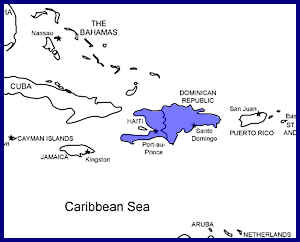 The Ashy-faced Owl is endemic to the island of Hispaniola. American Barn Owl also colonized this island in 1950 although the two species do not cross breed. This further establishes this species as unique although historically the two have intermittently been classified together. This owl’s ashy colored face is where its name is derived from.

Ashy-faced Owl is locally common in dry and moist scrub forests and woodlands from sea level to 6500 feet. There is some range overlap with the American Barn Owl although the Barn Owl tends to be found in urban areas where the Ashy-faced Owl is not.

The appropriately named Ashy-faced Owl appears to be a small yellowish Barn Owl who has been peering into chimneys and come out with an ashy gray face.  This species of owl is characteristic of the Barn owl (Tyto) family in build and structure including the typical heart shaped face. Its yellowish chest has short brown, horizontal, zig zag markings instead of the typical round Barn Owl spots. The backside is darker brown with a light mix of yellow particularly in the wing feathers. Classic of this family, it has dark blackish-brown eyes, relatively long feathered legs, and a whitish horn colored bill. The American Barn Owls living on Hispaniola can be readily distinguished by their larger size and white face.

The primary vocalization of the Ashy-faced Owl is a screech reminiscent of their American Barn Owl cousin although not quite as sharply abrupt. Their call tends to have more of a lead in and lead out. Between mated pair members there is also a squeaky, chatter contact call.

The nesting season for this owl may be anywhere from January to June. Very little is known and we presume that this relates to the end of the hurricane season. Nesting is typically known from cliffs or caves. The owl lays 3 to 7 eggs directly on the ground.

James W. Wiley (June 2010) published in the Journal of Raptor Research studies he had conducted between 1975 and 2004 on the dietary comparisons between Barn Owl and Ashy-faced Owl. In brief, both Barn Owl and Ashy-faced Owl are opportunistic in their feeding habits. Because of habitat selections between the two species much higher mammal percentages were taken by the Barn Owl. This can probably be explained by their high urban population which lead to a high biomass of rats being consumed. Although the Ashy-faced Owl had greater than 50 percent mammal biomass they had much higher diversity in their feeding biomass related to bird species. There was also a scattering of amphibians, reptiles, and invertebrates in both owls’ diet.

Although the IUCN/Birdlife ranks this species as “least concern” no accurate population data exists. Ashy-faced Owl is vulnerable to human activities. It faces persecution in both Haiti and the Dominican Republic because of superstitious beliefs. Although raptors in general face persecutions in third world countries, the owls are particularly vulnerable. Additionally, the owls being nocturnal, subsequently difficult to obtain accurate population data for, and an absolute lack of research, makes for a real long term danger for these raptors.